What is Ranked Choice Voting?

Ranked choice voting (RCV) describes voting systems that allow voters to rank candidates in order of preference, and then uses those rankings to elect candidates who best represent their constituents.

RCV is straightforward for voters: rank candidates in order of choice. Voters can rank as many candidates as they want, without fear that ranking others will hurt the chances of their favorite candidate.

How the votes are counted depends on whether RCV is used to elect a single office, like a governor, or whether it is used to elect more than one position at once, like an at-large city council or a state legislature elected in a multi-winner district. 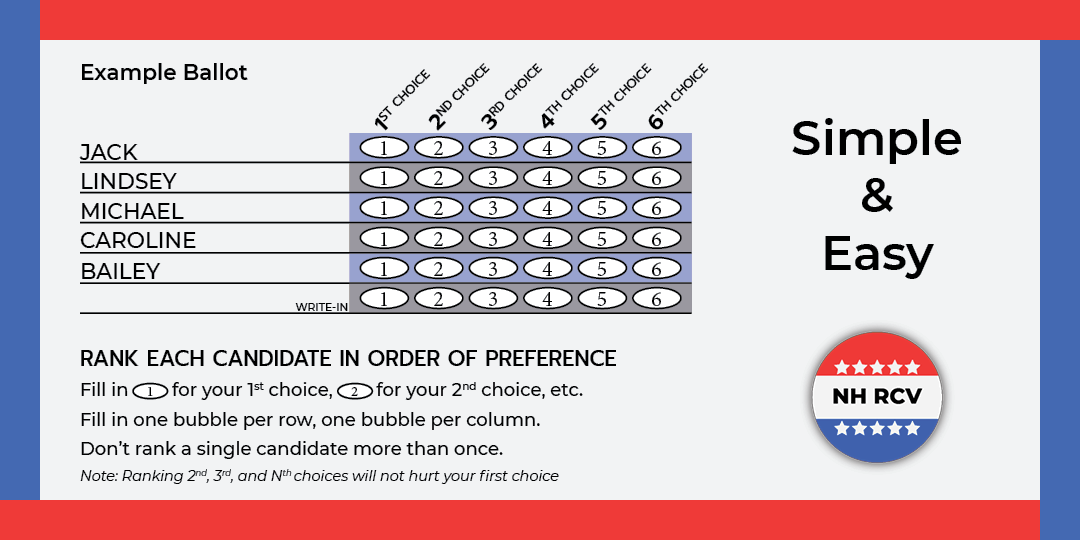